The vast majority of dentists work as General Dental Practitioners (GDPs). They provide general primary care services to the general public, usually in a high street practice. They can provide NHS services, private treatment or a mixture both. In the following article Dr Samad gives an insight into what to expect from a career in General Practice.

I qualified from Dundee in 2009 and completed my VT in Fife for 12 months. After completing VT, I moved back to Glasgow and became an associate. From about 6 months into my associate career, I started to think about what it would be like to be a principal… Never I thought, within a year of starting my associate career, that I would be a principal! Less than a year into being a principal at Carntyne, along came Tollcross and now I am a principal at two practices. Currently, I am split between working in both practices whilst being a VT trainer.

What is General Practice?

General practice is basically doing the bulk of everything which is done on a day-to-day basis. It covers all the competencies which the GDC expect from us. Amongst this, they also expect us to be aware of conditions/treatments that fall outwith our scope of competencies and be aware of when to refer to other clinics for appropriate treatment/investigations. The best way to describe general practice is somewhere that treats the most common conditions and treatments.

What does a career in General Practice involve?

In my honest opinion, and from what I have gone through in my short career so far, you would be a brave person to start off in a private practice with limited experience. NHS practice provides the facilities and opportunities for you to get valuable experience and to accrue your ‘building blocks’. Don’t get me wrong, I’m not saying don’t do private dentistry, but it would be very wise to start off in an NHS practice with snippets of private dentistry within the day-to-day job which will allow you to gain experience of treatments available within and outwith the NHS.

Who would be best suited to General Practice?

General practice is a good environment for those who have had enough of studying and do not want to pursue an academic career. If after you get your BDS and complete VT, you simply want to push on and do general dentistry to a good level then general practice is for you. It is financially rewarding from the outset and potentially gets better with time. If academia is not for you, then definitely general practice is the way to go.

Why did you choose General Practice?

I chose general practice, as after VT I felt that General Practice was the best place for me. I made that decision and followed my heart and have never looked back since. During university I was not really sure, as I did not really have any experience of what general practice life would be like, but VT confirmed my decision.

A typical day for me starts at about half 8 with the first patient in at 9am. During the day there is always a variation of treatments booked in. Nothing is the same; all the patients are different ranging from race, creed, ethnicity, social class and background, elderly, teenagers and young children. There are a couple of slots allocated only for emergency patients. Lunch is for an hour and that really is just a chance to have a breather and catch up on emails and phone calls. Currently we do one late night on a Tuesday where I finish at 8pm, as well as Saturday mornings with my VT, Zainab Rizwan, where we finish at 1pm. Some days, there can be lots of treatments and others lots of examination patients booked in.

Do you have any specialty interests? (eg. oral surgery, sedation, audits etc.)

Currently I have an interest in IV sedation and cosmetic orthodontics.

What is the highlight of your career so far?

The highlight of my career so far is the purchase and running of both practices. Both are busy which is very rewarding.

What is your most rewarding case?

The most rewarding cases for me are when patients come to see me on recommendation of someone else and the patient is extremely nervous. At completion, when the patient simply says that the treatment wasn’t as bad as they’d thought it would be, and they’re coming back to see me in six months, it feels like you have restored some pride to the profession. Rather than that patient being scared, she will be going around saying she has found someone who has helped her get over her phobia.

If you could turn back the clock, would you do anything differently?

Looking back, I would probably not change anything. I am still happy with where I am and have absolutely no regrets whatsoever. Sometimes I say I could have done a DF2 post but then the flip side argues that it would have just delayed my progress by a year or two.

Any other advice to a young student aiming to set off on the path to a career in General Practice?

A successful career will be primarily based on goals you would like to achieve. Some people are happy with being a run of the mill general practitioner with no consideration for advanced level work. Others will strive to constantly improve and excel. The most important factor in having a successful career is always being aware of your limitations and knowing when to stop and get a second opinion or referring it on to a specialist. The last thing you want to do after coming out of the dental hospital with your BDS is thinking that you are invincible and nothing is difficult. Postgraduate qualifications are also highly desirable as they allow doors to be opened in the future, especially if you decide on a change of career path.

Most people will not know where they want to go during their time in the dental hospital. Some people might think a specialist post might be the way they want to go, but then during VT once they have a taste of general practice, then their decision might change. All that I am saying is do not focus on just one thing, but keep your doors open until you have an experience of everything before you decide what you want to do. It’s always a good thing to talk to people who work in the dental hospital as well as those who work in general practice. 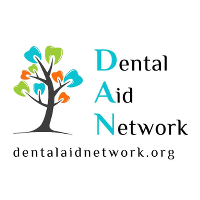